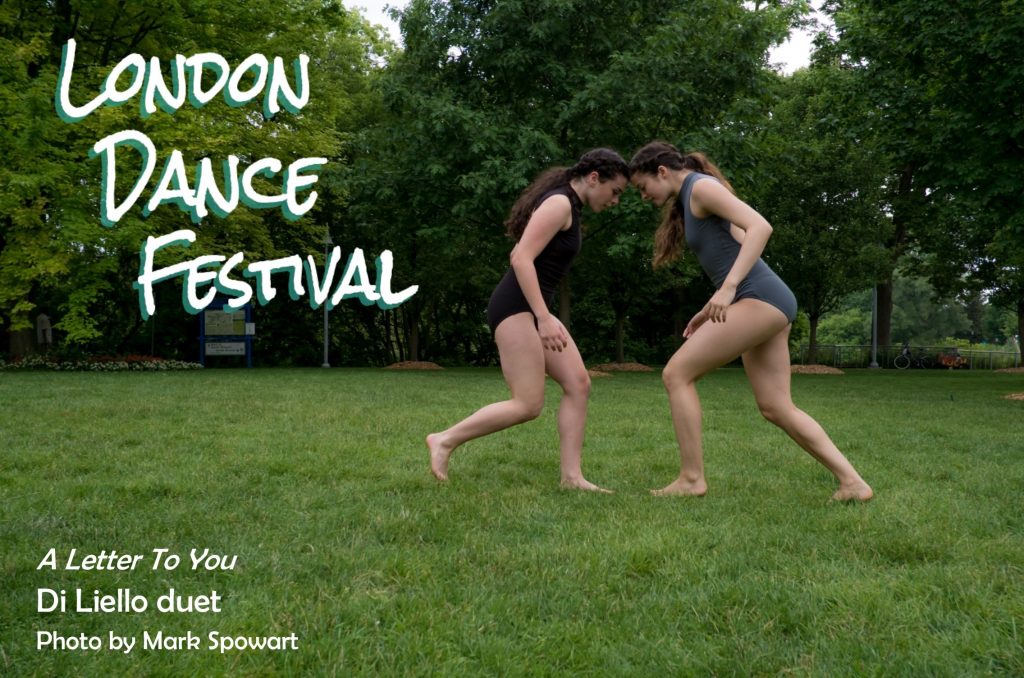 This piece is a conversation between two sisters and a celebration of their artistic commitment to each other as duet partners. The choreographer worked collaboratively with the dancers to commemorate their last duet together within the context of pre-professional work.

Adrianna DiLiello has been performing for audiences since she was five years old. She has and continues to train as an actress, dancer, and vocalist. Adrianna made her foray into the industry at age nine when she auditioned for and secured a lead role in cult favorite “Stage Fright” opposite Minnie Driver, Meat Loaf, and others. This was quickly followed by her leading role and Emmy Nominated performance on Amazon’s “Annedroids”. She’s also guest starred in projects such as animated series “SuperWhy”, “Lunch Box Loser”, “Saving Hope”, and was recently seen performing in the Hallmark film “Nutcracker Christmas”. In addition,to “Annedroids”, Adrianna can be seen as Jenna, a young ballerina on Disney’s “Backstage”, for which she just finished filming the second season.

Isabella Di Liello began her dance education at an early age, training extensively in ballet, modern, contemporary, jazz, hip hop, improvisational technique and composition. In addition to her formal training she has assisted renowned choreographers at Intrigue Dance Intensive across the United States. Other credits include performing in W. Darling’s (Universal Music Canada) music video for “Skeletons”, a lead role in her music video for “I’ll Keep Waving” and dance performance in Family Channel’s (Disney worldwide) original family drama, “Backstage”.
Most recently she completed training in New York City with the New Jersey Dance Theatre’s Pre-Movement Invention Project with esteemed faculty and founder Alexandra Wells (The Juilliard School), David Norsworthy (The Juilliard School/ TOES FOR DANCE), Andra Corvino (The Juilliard School) and Jenni Berthelot (Peter Chu).
During her gap year she will be training in Vancouver, British Columbia with Modus Operandi, a program under the direction of David Raymond & Tiffany Tregarthen (Kidd Pivot) and will be attending Gaga Movement intensives in both Los Angeles, California and Turin, Italy.